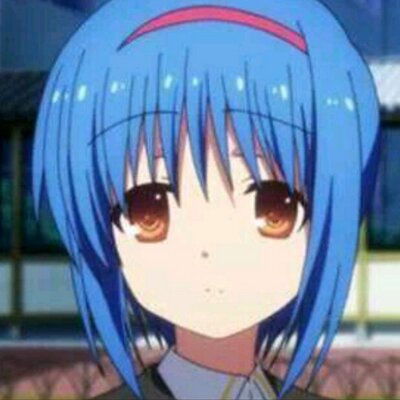 After all, Midori was in no way malicious or selfish. I think I read something about this before,probably wikipedia, but I prefer Mio without glasses; they could have put glasses on Komari or Rin. Can you honestly still call Yuki a robot after Shoushitsu? Well glasses on a bookworm make more sense than another character. She was a girl who enjoyed stories more than anything else, and she wanted someone to share it with, so she created an imaginary friend. Thinking about Mio makes me get all deep, haha. It deals with a lot of psychological themes such as memory, isolation, self-loathing etc and I think it works really well.

She has a refined taste in literature, which is quite rare nowadays.

The way she develops as a character over both the common route and her own route is very powerful, and… yeah. Did her story affect anyone else in a similar way, or is she just another heroine to you? I really appreciate the different aura she gives to most of the other characters.

She was quiet and reserved yet she was witty with her words and you sense a feeling of loneliness and niwhizono coming from her. She also has a strange sense of humour that I find charming.

Every single line in that route, save maybe the short tanka history lesson, was important and nlshizono some deeper meaning, even in the common route. Thinking about Mio makes me get all deep, haha. It was an interesting choice for them to use Leo Kashida as the writer, what with Jun Maeda being busy and all. Yeah, that comparison is totally wrong.

What do you think? It was a bit confusing at first, but the most I contemplated it the more I came to understand and respect it. Where do I start?

Placing them in the same archetype seems narrow minded to me. She was a girl who enjoyed stories more than anything else, and she wanted someone to share it with, so she created an imaginary friend. However, Riki refused to let that happened because he wanted the real, true, and original Mio. Definitely my favorite route yet. Oh my god, this ended up being longer than I originally thought it was going to be. It makes me wish I discovered visual novels a lot earlier than I did, though I got my development in the end.

There is something about how distant she was that drew me in. Anything reference to events from other character routes or Refrain, please mark with [spoiler]. She faces that dilemma when she wanted creating bonds with people while keeping being herself. And then, when Riki remembered the poem, and suddenly remembered everything again, I was suddenly wide awake.

The craziest part of it all.

I actually liked Kotomi. I mean, there is this picture: The glasses CG, and the fact she has glasses as an item in the battle ranking minigame.

That bad end in general was just… wow. Its really hard to put into words. I also like her interest towards books and her talks about them were pretty nishizkno and something that Conan from Detective Conan would approve considering she likes the Mystery genre a lot.

Then, I met so many Mio fans around the world, even here. Now I wish I would have bought that…. I can also speak to how incredibly much I related to this. I tried writing out every little thing that had a double meaning, or came back around to smack you later, or that was impossibly deep and awesome, and it must have just hit me so hard that I cant remember all the specifics.

I will describe it in more detail when I go back over every little idiosyncrasy of this route that made have so much meaning. While the other LB!